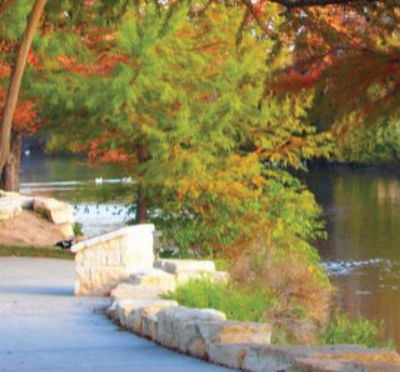 What began as a small German abolitionist community in 1849 has grown into a small, but important town in the Texas Hill Country. Real Estate in Boerne, Texas is some of the most sought after in the central Texas area since homes for sale in Boerne come in a large variety of styles and price ranges, while still providing access to the beauty of the hill country and the excellent education offered by Boerne ISD.

See All The Homes For Sale In Boerne, TX

More About Homes For Sale In Boerne, TX

The town’s hill country location along with rich history and traditions have made real estate in Boerne a highly desired place to call home. Boerne homes for sale have a great value with the large majority of houses being single family detached homes. The home market in Boerne is expanding however and the most homes for sale are built after the year 2000. However, there is a large variety of real estate in Boerne, from secluded, master-planned communities that are overstuffed with amenities to safe and quiet neighborhoods - Boerne has a home for almost anymore.

Listed above, and updated daily from the SABOR MLS, are homes for sale in Boerne, a community of San Antonio Northwest, TX, located in Kendall County.

If you have questions about any of these Boerne homes for sale, just click the "Request More Information" button when viewing the details of that property and click the "Schedule a Showing" button located on the detail page to set up a time to view any of the Boerne real estate listings you are interested in. We can provide you with disclosures, past sales history, dates and prices of homes recently sold nearby, and more.

And, for your convenience, make sure to register for a free account to automatically receive email listing alerts whenever new Boerne homes for sale hit the market that match your specific search criteria and save your favorite Boerne properties for easy access whenever you need.

Can't Find A Home For Sale In Boerne, TX?

If you can't find the home you're looking for, check out our Northwest San Antonio Community Directory.

The city of Boerne, TX grew from the banks of the Cibolo Creek – so getting your dream waterfront could soon be a reality.

During the 1800s, Boerne, TX, close to San Antonio and Austin was settled primarily by German immigrants. Things have changed since then but it still has a flavor back from those times.

The oak trees of the Boerne are a slice of heaven in the midst of the “hill country”. Boerne, TX is reputable for its charming small town heavenly atmosphere, delicious dining places, antique stores, boutique stores, and rich heritage, good and active community. Favourable socioeconomic and good market scenarios have attracted both builders and home seekers to the area.

Where Is Boerne, TX Geographically?

Boerne, TX is situated 30 miles northwest of San Antonio. It is located along the Interstate 10; the municipality department has given a direct transport connection to the San Antonio metropolitan area. A total area of Berne, TX is 6.1 sq. Miles. Boerne experiences a humid subtropical climate with hot summers. Mild average winters vary from hot to cold.

Recent United States census reported that the Boerne, TX population as of 2018 is 16,056. Ratio percentage of male to female is 48.5%:51.5%. Boerne, TX at present has 21 zoning districts established.

The median property value at Boerne, TX is higher than compared to United States, Texas, Kendall County, San Antonio New Braunfels and Alamo area COG (Northwest) & Blanco County PUMA. You have houses with one and a half or one with horizontal shape and a low pitched roof. Some are exposed rafter with low eaves, squared or tapered column that supports the roof, and more. The city operates its own utilities, such as water, gas, electricity, and wastewater. Public Works Department manages and maintains the utilities. The department also looks after the city’s sewage system in order to maintain safe roadways and protecting from flooding.

The Top Questions You Might Have When Moving to Boerne, TX

Here is a look at some of the popular queries you could have if you are considering a move to Boerne, TX.

What Are The Zip Codes For Boerne, TX

Where is the airport in Boerne, TX?

San Antonio International Airport (SAT / KSAT) is just four miles away, which is going to take you 15 minutes by drive. Some of the other airports you could also go to include:

How Close Is Boerne To Other Texas Cities

In addition to this, there is U.S Highway 87 and State Highway 46; both connects Boerne, TX. Master Thoroughfare Plan, the plan designates the major roadways in and around Boerne.

How much is a House in Boerne, TX?

Trulia reports that the average listing price of the house at Boerne, TX is $465,276 and the value of the house for rent is $1,762. It also reported that at present there is 397 house for sale.

What is the Sales Tax in Boerne, TX?

When do Schools in Boerne, TX start?

Schools generally start from the mid of August.

What can I do for recreation?

It is beautiful to explore Boerne, TX in the daylight. You will find a variety of things to do in Boerne, TX. The well-known Cibolo Nature Centre with its ecosystem is famous for exploring, birding and hiking. If you are planning to go for an adventure, then the 300 acre City Lake Park is the best for you. The shaded Cypress lined banks make it an inviting treat. Here you can grab a snack and go paddling in the river. You can enjoy a walk on the biking trails. All the year round incredible events are hosted in the city. Community festival makes Boerne, TX a fun place to live in. Treat yourself and your friends a short road trip to Bandera, Kerrville, Johnson City, Fredericksburg, and New Braunfels and to San Marcos.

You can shop at the Hill Country Mile, lined with local shops selling antiques, home accessories, trendy boutiques and jewelry. Boerne, TX is an abode for two naturally formed caves. You can allow yourself to take a tour of the limestone caverns of Cave Without A Name and Cascade Caverns.

Grab a sandwich and a cake at Bear Moon Bakery, taste the homemade delicious ice cream at Boerne Grill, lamb sliders at 259 Brantley’s Bistro and dine at The Creek or at Cypress Grille. German and Czech cuisine at Little Gretel’s. Do not miss the cuisine that the country has to offer.

Homes for sale in Boerne are lucky to be served by the “Exemplary” school district of Boerne ISD. The district has consistently performed well in state metrics, as well as in their Advanced Placement program which consistently outranks districts of a similar size in both participation and success. The district is also renowned for its successful athletic program that has brought back a variety of state championships in soccer, softball, baseball as well as cross country over the last few years. Due to the scholastic success of the area, as well as its proximity to San Antonio, Texas, Boerne real estate and homes for sale in Boerne are considered to be some of the most in demand in Central Texas.

If you are looking for the best-rated schools for your children in Boerne, TX, they are:

The economy of Boerne, TX employs 5,427 people who are working in different sectors for employment. The economy specializes in Management of Companies & Enterprises, Mining, Quarrying, Oil, Gas extraction, and utilities.

Employment at Boerne, TX grew at a rate of 7.21% from 5,062 employees in 2015 to 5,427 employees in 2016. The most common job groups that people residing in Boerne are engaged into are Management, Science, Arts, Sales & office, and Service.

Boerne, TX has seen a job market increase by 1.3% as compared to the last year. Job growth for the coming 10 years is projected to reach 39.3% which is comparatively higher than the US average of 38%.

Candidates can apply for jobs online job portals to such as: